Board of Directors - Greatship (India) Limited 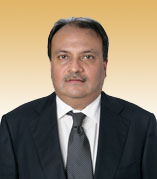 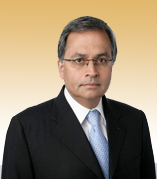 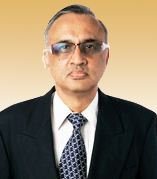 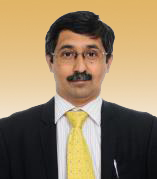 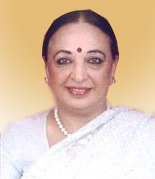 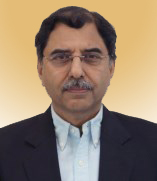 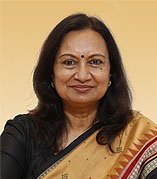 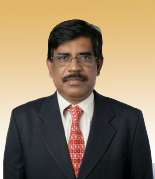 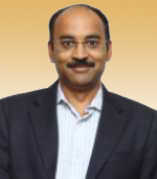 Mr. Bharat Sheth has been associated with Greatship (India) Limited since incorporation and became Chairman with effect from March 2006.

He joined the parent, Great Eastern Shipping Company Limited (G E Shipping), in 1981 and has over 30 years of experience in the shipping industry. He is currently the Deputy Chairman and Managing Director of G E Shipping.

He has graduated with a Bachelor of Science (Economics) degree from St. Andrews University, Scotland in 1981.

Mr. Ravi Sheth has been associated with the group since inception and was appointed Managing Director of GIL in November 2006. He has overseen the growth of this business from its fragile beginings to the position of strength that it finds itself in today.

He has been associated with the parent, G E Shipping, since 1989 and is currently Director on its Board. He is a strategic investor in companies with good governance and robust revenue models. He has been instrumental in identifying potential growth stories with sound business fundamentals.

He has graduated with a Bachelor of Commerce Degree from H. R. College, Mumbai in 1982 and completed a Master of Business Administration from Babson College, Wellesley, U.S.A. in 1985.

Mr. Naware has been associated with this group since its inception and was appointed Executive Director of GIL in November 2006.

He has been associated with the parent, G E Shipping, since 1987 and became President (Corporate) heading all corporate functions such as Secretarial, Legal, Corporate Governance, Strategic Initiatives and Insurance.

Prior to joining G E Shipping, he gained 13 years of experience working in the Secretarial and Legal department of Kirloskar Oil Engines Ltd. Pune, India.

Mr. Alok Mahajan had joined the Greatship Group in August 2008 and was appointed as the Chief Financial Officer of GIL. Subsequently in November 2011, he was given charge of Marketing / Business Development for the group and was heading the group companies based in Singapore till March 2019. He has now been appointed as the Executive Director of GIL w.e.f April 1, 2019 and heads the Marketing and Operations (Offshore Logistics and Drilling Services).

Prior to joining Greatship, he had spent 18 years with the parent, GE Shipping, where he served in various functions concluding with his role as the General Manager of the Strategic Planning and Sale & Purchase department.

He has graduated with a Bachelor of Engineering (Mechanical) Degree with distinction from College of Engineering, Pune, in 1985. In 1990, he obtained a Post Graduate Diploma in Management from IIM, Ahmedabad, where he was awarded the Prof. Waren Haynes Scholarship, 1988-89 and Bank of America Scholarship, 1989-90 for academic excellence.

She has more than 35 years of work experience in India and the US in the central bank, in commercial and multilateral banking. She has served as the Regional Economist at the International Finance Corporation, the private sector arm of the World Bank. She has also served for a decade with the Reserve Bank of India where she worked on Exchange Control, Bank Supervision and Industrial and Export Credit.

He has 37 years of work experience, 34 years of which have been in the India’s natural gas sector with major oil, gas and LNG companies.

He commenced his career with ONGC in 1984 and moved to GAIL in 1996. He was thereafter with the Gujarat Gas Company Limited (then a subsidiary of BG Group) wherein he led the business as the Managing Director till 2012 and move over to the BG Group as its India business head from July 2012 to 2016. Following the takeover of BG Group by Shell, he headed Shell’s upstream business in India till his retirement in December 2017.

He holds a Master’s degree in Business Administration and his past professional associations include being the Chairman of the Association of Oil & Gas Operators of India and a member of CII’s National Committee of Hydrocarbons.

Mrs. Bhavna Doshi is a partner of Bhavna Doshi & Associates LLP, an advisory firm and a former partner of a KPMG member firm in India. With specialisation in the fields of taxation, accounting and corporate restructuring, she has been providing advisory services to national and multi-national entities for over 30 years. She serves as an Independent Director on the boards of several listed companies and is also a member of the Managing Committee of Assocham and of CII Corporate Governance Council.

She is a Chartered Accountant from India and holds a Master’s degree in Commerce from the University of Mumbai.

Mr. Satish Sinha joined Greatship in 2009 and heads the group’s drilling operations. He has more than 30 years of experience working in oilfield and drilling services, having previous worked with ONGC, Great Atwood Limited and, lastly, with Transocean, prior to joining Greatship. His experience spans the Asian market, with particular expertise in Indian and South East Asia operations.

He has received professional training in Drilling Engineering from the Institute of Drilling Technology (Dehradun, India) and in Advanced Drilling techniques in the erstwhile-USSR. He has a Bachelor’s degree in Mechanical Engineering and a Diploma in Business Management.

Mr. G. Shivakumar rejoined the Greatship Group in December 2011 in his second stint as the CFO.

He is currently designated as Group CFO and thus serves as the CFO of the parent, GE Shipping too. He joined GE Shipping as a management trainee immediately after completing his management in 1990, and contributed to the company through stints in key functions like Treasury, Corporate Finance, Human Resources, and Strategic Planning. He has been inducted into the GE Shipping board as an Executive Director in November 2014.

He has graduated with a Bachelor of Commerce degree and is a post-graduate in management from IIM Ahmedabad.